Golly, Gosh, and Oh My God! What North American Dialects can Tell Us about Swear Words 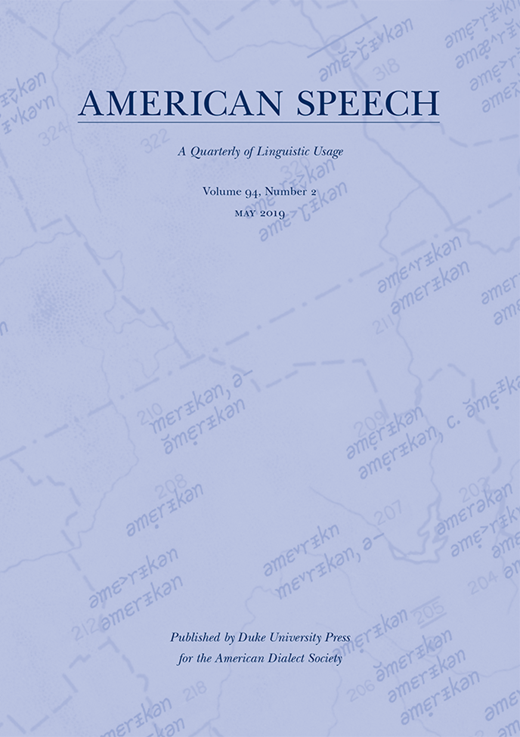 This article presents a synchronic quantitative study of nearly 3,000 words and expressions referring to ‘God’ in Ontario, Canada. The results expose a number of striking social and linguistic patterns. Using apparent time as a proxy for historical change, we discover that G-words have undergone a remarkable shift across the twentieth century. Euphemisms, such as Golly and Gosh, are quickly moving out of favor, and the expressions with God, particularly oh my God, have usurped all other forms. Moreover, there are clear regional differences. Rural communities retain old-fashioned euphemisms, and there are notable social contrasts to their use: females favor gosh while males favor gee(z), and both are favored by less-educated speakers. Variants with God are not only predominant in the urban center, Toronto, they reflect known societal change in North America as a whole. Younger speakers in every community shift toward noneuphemistic practice beginning in the 1930s, increasing after World War II and accelerating again among people born after 1960. However, this shift is not simple lexical replacement. Where once individuals used God in collocations such as Praise God or Thank God, people born in the early 1960s onward are using God in one collocation in particular: oh my God (n = 611). A fascinating correlate is that, as with many changes, this is being led by higher-educated women who have white-collar jobs. These findings reflect not only a greater acceptance of the word God in contemporary society, but also egalitarian diffusion across the population, both geographically and socially.